Print Design for a Local Nursery

Overtown Nursery is an independent local nursery run as a charity. Due to a lack of awareness of the nursery in the local community, they had a low number of pupils registered for the 2019/20 school year. As they depend on council funding for each child to make up a large part of their budget, they were concerned for their survival in 2020/21. They knew they needed to do more to advertise, and approached me to help them create posters and flyers suitable for commercial printing. We already had a great relationship, as my daughter used to attend the nursery and I had helped them out on previous occasions with tickets and posters (printed at home) for some of their fundraising events.

I sat down with the nursery staff to discuss the details of the project and to brainstorm the specifics of what they would need. Together we decided on some posters and flyers. The posters would be displayed around the local community - in the community centre, local churches and shops. The flyers would be distributed as leaflet drops by the staff. However, they had a problem. Although their logo was embroidered on the polo shirts that staff and pupils wear, they didn't have a good quality digital copy of their logo. The only file they had was very small and low quality. This meant that it wasn't suitable for use in order to make printed collateral, as it would look pixelated and blocky. We decided that to solve this problem, I would re-create their existing logo in vector form, so that it would be versatile and infinitely scaleable. As part of the logo design service, I would provide the nursery with a comprehensive kit of logo files to cover this and all future use cases.

I agreed with the staff that it was important to keep the new version of their logo as close to the original as possible. There were two main reasons for this. Firstly, the nursery uses it on their uniforms for staff and children, so it would not be practical to change the garments, as this would increase their costs. Secondly, the original version of the logo has special meaning as it was drawn by one of the children at the nursery some years ago. Using a high-quality photo of the logo on one of the polo shirts, I traced the shapes digitally, simplifying where possible. I matched the colours as close as possible to the photo and the physical shirt, adjusting slightly for contrast and print compatibility. I then created the kit of logo files, which contained versions suitable for digital and print uses.

We decided that the posters and flyers would share the same design, due to the time constraints involved, as the project needed to be completed as quickly as possible in order to allow maximum time to get the message out and gain interest from parents. In order to keep costs low as possible, removing the need for costly professional or stock photography, we decided to keep the design simple with a clean typographic layout. This also allowed the messaging to be clearer. I created the design using the nursery's primary brand colour of red as a background with white text for high contrast. Using principals of hierarchy, I arranged the information in a clear and clean way, highlighting the most important phrases with bold text. Whilst the messaging for the design was provided by the nursery staff, I helped them to refine the phrasing to make it more clear.

The nursery is active on Facebook, so as a bonus, I created a new cover image for their page. When combined with the updated logo used as their profile picture, this provided the nursery's Facebook page with a fresh new and professional look. Using the most up to date specifications from Facebook, I created a single image that would display all of their important contact information, and which would work across both desktop and mobile browsers, as well as in the Facebook app.

The nursery staff and management were delighted with the final design and their new logo files. However, they weren't familiar working with print suppliers, so I offered to arrange this for them. I selected Solopress as the supplier that would be the most cost effective for the (relatively) low volume of prints they needed, but would still give a great quality result. The staff were thrilled when I delivered the the printed flyers and posters, saying that they looked really professional. I followed up with the nursery a few weeks after the project was completed, to see how they were doing. They had already had a good number of pupil registrations and a few more parents that had shown interest. This was a great result for the nursery, as it meant they would be near their maximum capacity of pupils for the next school year. 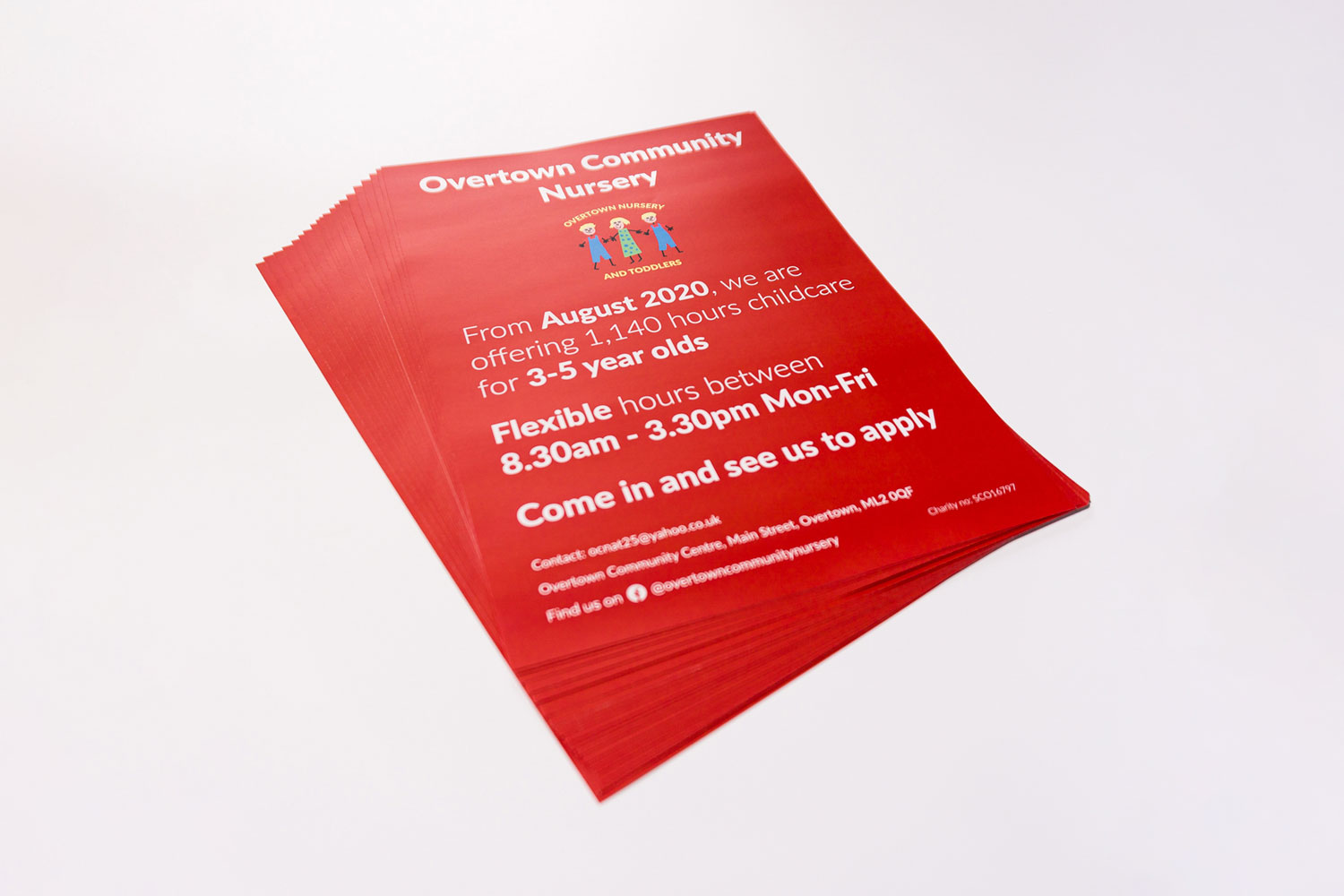 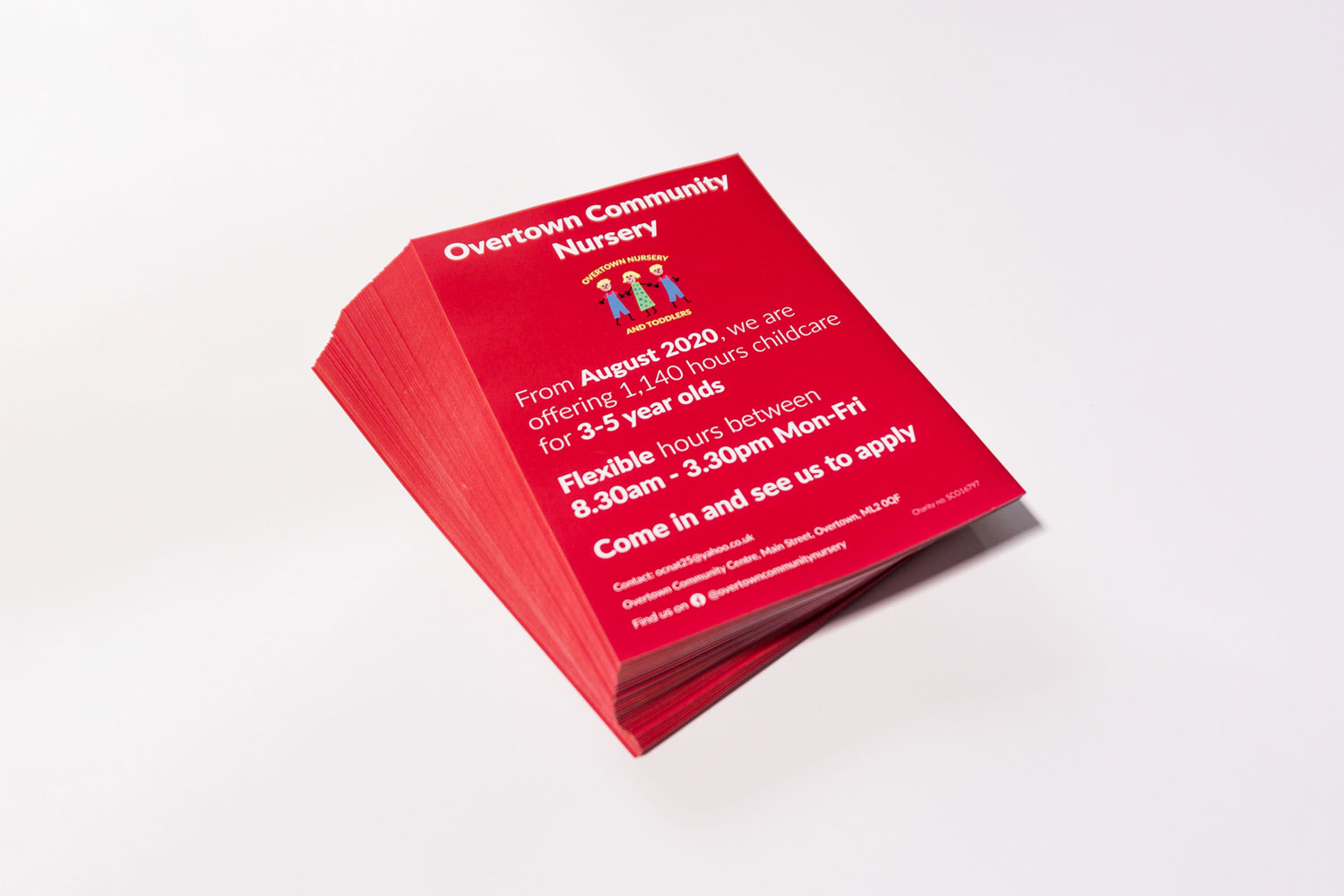 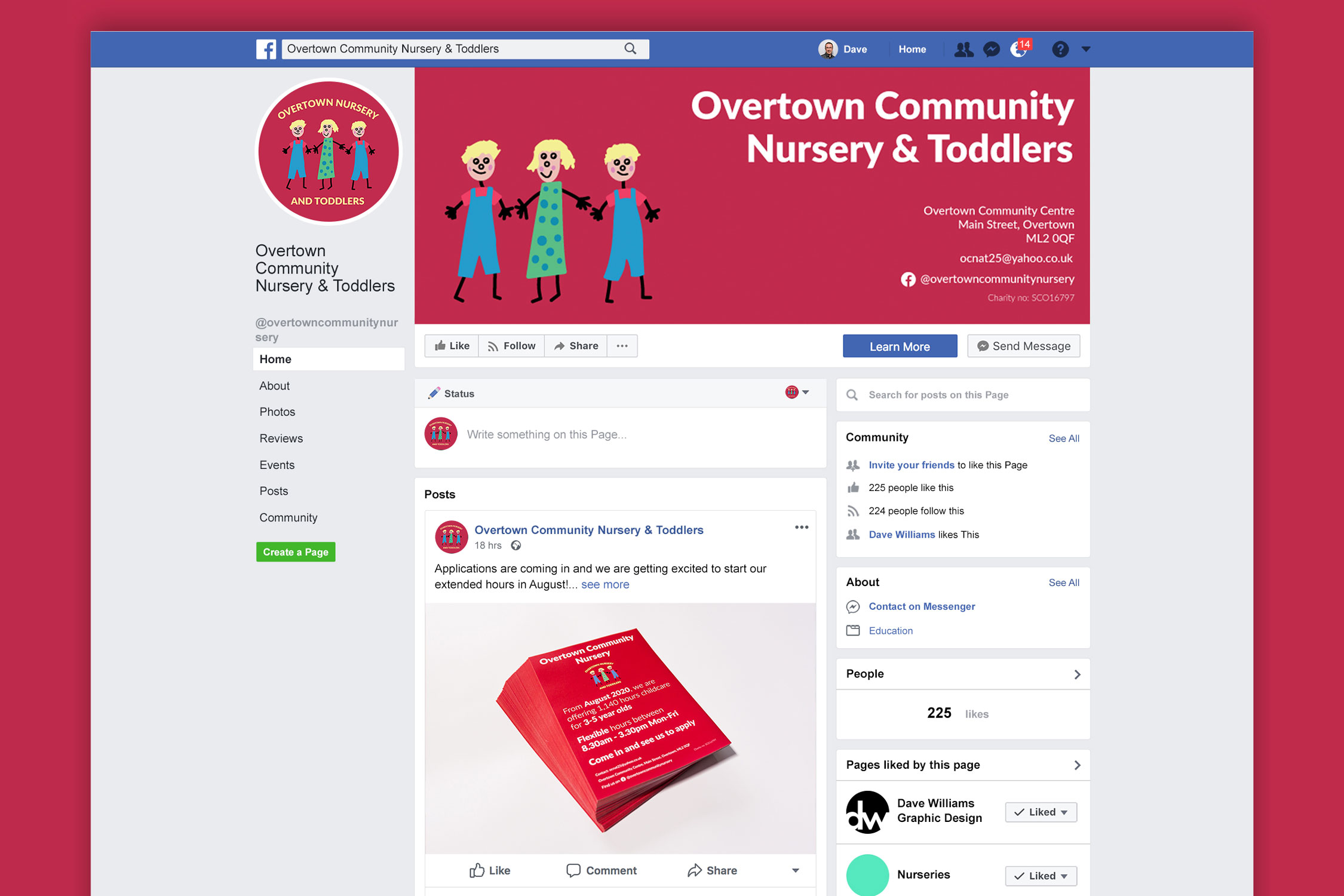 Sorry, no other recent projects of this type!
Thank you! Your submission has been received!
Oops! Something went wrong while submitting the form. Please try again.